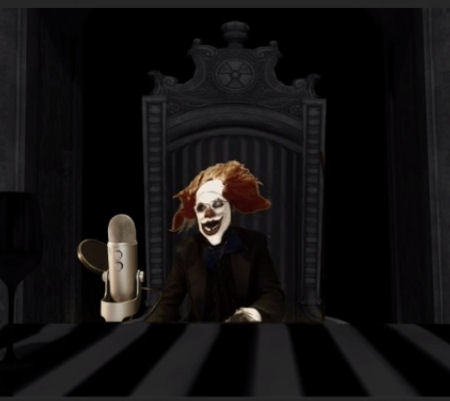 Featured Hang Up The Phone
July 30, 2018January 10, 2019 Brad Carter 1 Comment
Jack Helliquinn is an extremist clown musician, an animator, a talk show host, and most importantly I love his weird shit and was really happy to have him on the show. Jack has written a few songs for The Snow Plow Show, he tells ghost stories on his YouTube channel, and he’s been listening to my stuff since 2013 so you know he’s not a bad guy. Join us for an hour of taking calls from listeners, Staci’s head making a guest appearance, and Jack declaring a full-on war against Clownsec.

One thought on “Hang Up The Phone Episode 9 – Jack Helliquinn”