Not since Dear Arby Volume 1 have I made a post with so many letters to…me. In this edition you’re going to see an exciting array of the things that have arrived in my P.O. box, which is my sad an obvious attempt to cause more things to show up in my P.O. box. 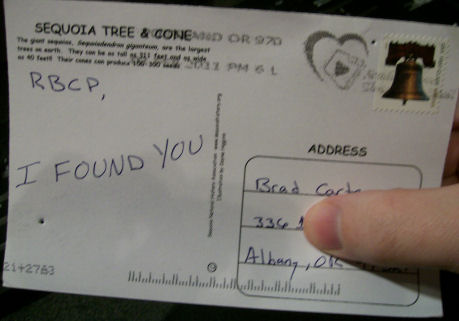 The above postcard is a good example of how I would prefer people not send me mail – by tracking down my home address and sending a “I FOUND YOU” card to my home without a signature. Quit it! Use the P.O. Box, please.

A guy named z09 was a regular on the PLA Forums and the inspiration for the Blockbuster episode of PLA Radio. He was also really into stalking me using the methods he learned from phonelosers.org. He loved sending me pizzas and taxis and even talked my local Blockbuster Video out of my account information. He once sent lunchmeat to me and Countykid in the mail, and soon after that he sent me this letter with a $20 bill enclosed. 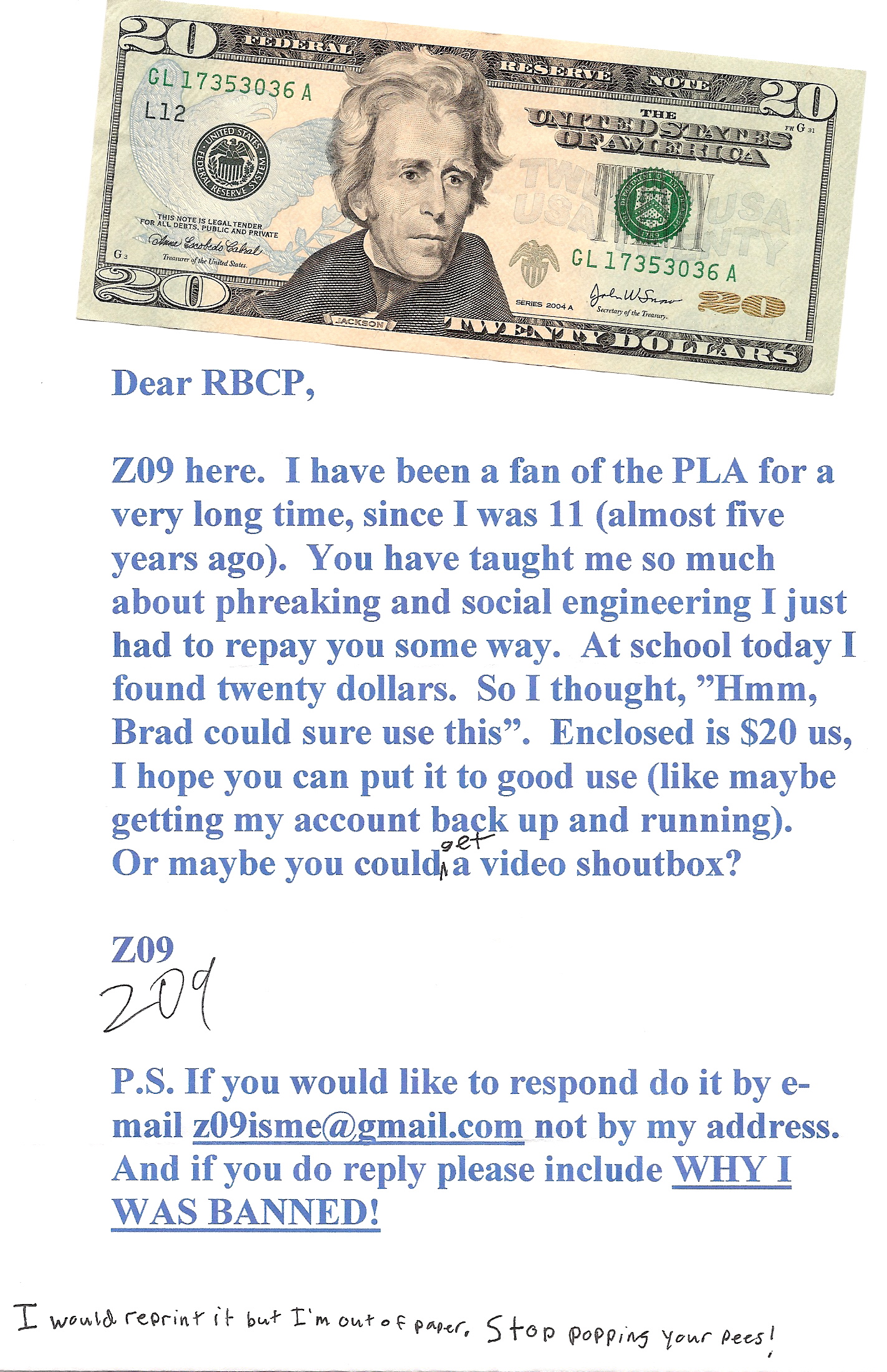 z09 didn’t include his home address so that I could send him a PLA shirt, so I was able to blow his $20 on cheap hookers without having to give anything back. Soon after this I stalked him back, which seemed to freak him out and caused him to disappear from our community forever. I thought about sending a shirt to his address, but he seemed so unhappy at being exposed that I decided against it since I didn’t want to get him in trouble at home. If you ever see this, z09, tell me where to send a book or a shirt! 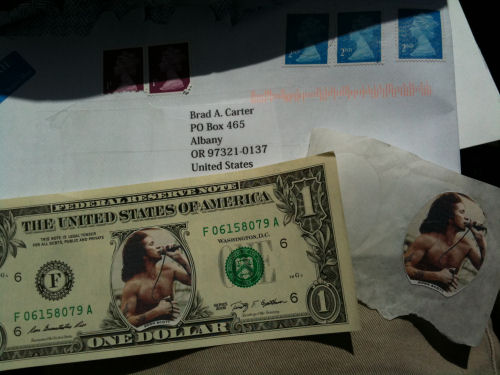 Earlier this year I received this strange letter. It was from overseas with no return address. Inside was a single dollar bill so crisp that I suspected it was counterfeit. In place of George Washington’s face was a sticker of a man identified as Bonn Scott. With the dollar was an extra Bonn Scott sticker, which I stuck on another dollar bill of mine before spending them both.

I had to Google who Bonn Scott was online and I ended up finding several other pictures of dollar bills with this same defacement. I also found this website that sells the Bonn Scott stickers. Maybe it was all just a ploy to get me to advertise that site. But from overseas? God, you PLA people are weird. 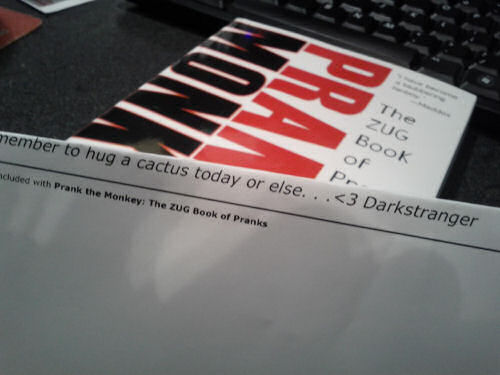 Finally there’s the extremely nice gift that Darkstranger sent me this week – a book of Sir John Hargrave’s Prank The Monkey, the book from the awesome website zug.com. I’ve been reading it all week and it’s awesome. Thanks, Darkstranger!

I swear I’m not fishing for gifts, but it’d be awesome if you decided to send weird postcards or drawings or other non-valuable things to my P.O. box so that I can post them in a future update. To write to me, just track down my home address write to PLA (or Brad Carter) at P.O. Box 465, Albany, OR, 97321.