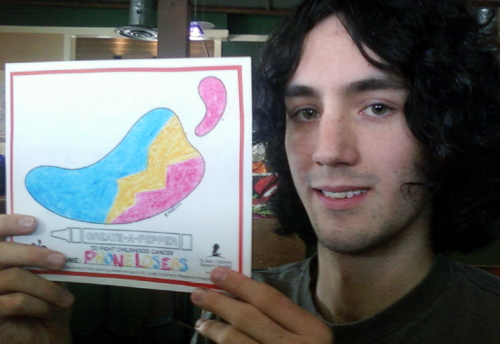 The picture above is by PLA Forums with this message: “I colored this picture of a pepper at the local Chili’s restaurant. I believe that, through this artwork and those of others, Phone Losers has a chance to live forever, maybe above the fountain drink machine or in a corner somewhere, and perhaps slightly overlapped by a better picture. We must all do our part.”

Click on the image to see it full sized so you can read it.

The comic above was done by Patrick Q. and posted on his Facebook photo album. I could be wrong, but I think it might be in response to a story we did on this week’s Phone Show about possibly the world’s first prank callers.

The story, from io9.com, says that a newspaper in 1884 printed the following paragraph: “A GRAVE JOKE ON UNDERTAKERS — Some malicious wag at Providence R.I. has been playing a grave practical joke on the undertakers there, by summoning them over the telephone to bring freezers, candlesticks and coffin for persons alleged to be dead. In each case the denoument was highly farcical, and the reputed corpses are now hunting in a lively manner for that telephonist.” This was 8 years after the invention of the telephone. 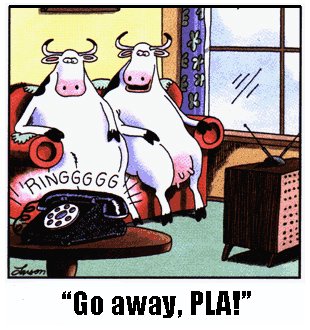 This Far Side comic was re-worded by cyko. I’m not sure what it originally said, but I bet cyko’s version is much funnier.

Finally, below is a picture that I created earlier today and posted on Facebook. Some people seem to think the quote is inaccurate, but they clearly know nothing about hacker culture or history. 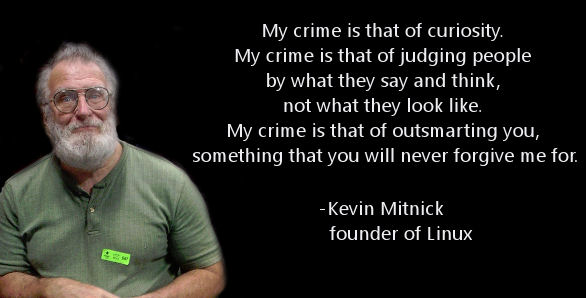 If you’re the kind of person who likes humorous pictures that are nothing like the pictures above, then you’ll probably like Jeremy’s House of Funny. This is a new project started up by Heywood, the guy who used to run major-losers.com and has brought all kinds of wonderful things to the PLA this past decade. There’s nothing on the main page yet, but you should join us on the forums! You should also join his Facebook page which brings you humorous pictures throughout the day.

3 thoughts on “Art, a comic and a picture to enrage”