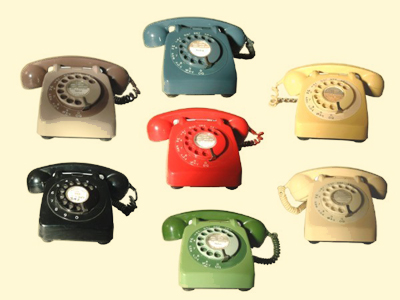 Today I was paging through the RSS feeds of the many blogs I read, when I came across this post by Retro Thing called The Death of the Telephone. It made a good point about something that we don’t really think about too much any more, which is how God-awful phone call quality is today compared to 15 – 20 years ago.

Retro Thing says, “Call quality peaked in the mid 1990s. Many ordinary folk still relied on landlines, and computer-based calling services like Skype were a decade away from widespread acceptance. We grumbled about the lack of competion and high prices, but at least we could make decent calls using our telco’s recently upgraded digital switching systems…..Latency, compression artifacts and dropped calls were once relatively rare. Now, it’s commonplace for me use Google Voice while the person on the other end struggles to understand me on their Skype-equipped iPod.”

Remember those commercials in the 80’s by Sprint where they claimed to have phone connections so good that you could hear a pin drop? I’d like to see Verizon Wireless or T-Mobile try that today. We’ve all ditched our land lines for cells at the cost of quality audio. I’m not saying I’d want to go back to the days of having my phone number tethered to my house and having to worry about getting AIDS when putting a pay phone up to my ear, but I kind of wonder how long it’ll be until cell phone quality catches up to what land line quality was 20 years ago.

With my “when I was your age!” rant out of the way, I should mention that Mondays are now PLA Movie Night. Last week R0xy and Tombstone got us all together on tinychat.com to watch Scott Pilgrim vs. The World. It was a bonding experience and, as expected, a circle jerk followed. We’re still not sure what the movie will be tonight, but chances are it’ll be geeky and you might even like it. It starts at the same time as The Phone Show does on Tuesdays – 9:00 pm PST, 12:00 am EST. Keep an eye on PLA’s Twitter and/or Facebook tonight for the URL to watch with us.

Speaking of The Phone Show, it’s on tomorrow night and rumors have it that Evilgold and Eviegold will be stopping by the studio to cohost again. You might remember them as the ambassadors of Free Geek that were on the show earlier this year.

This thread on the PLA Forums has some links to the videos from people like Laugh Track Matt, Tombstone, me and others. It’ll give you something to watch tonight as you wait for PLA Movie Night to start.