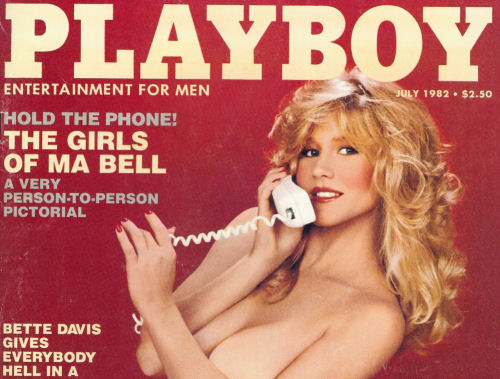 The following article and pictures are taken from the July 1982 issue of Playboy magazine which featured nekkid pics of Bell workers. You can click on any of the pictures in this post to see the full sized NAKED pictures. If you are under the age of 18, be sure to show the pictures to your parents after you look at them and tell them that the PLA told you to view them all. I didn’t include all of the pictures from the article since there were no phones in them, and I’ve painstakingly typed out the entire article since that’s the important part of Playboy magazine. In conclusion, porn sucked in the 80’s.

She’s a friend in the phone, a modulated, mildly mysterious voice at the other end of a piece of plastic and miles of copper wire. Every guy who’s ever dropped a coin in the slot has pictured her. She’s bright, of course, and understanding and as finely formed as a Princess phone. She’s the one Jim Croce wrote a song to but never got to see. Well, we’ve traced her, just to prove she really exists. And the result of our finger-flattening telephone survey is this listing of spectacular numbers currently in service – ten women who offer the kind of tone you’d like to reach out and touch.

Each of Ma Bell’s daughters is cool, alert under pressure – what you’d call collected. But she’s not know for patience. Operators are encouraged to answer your ring in three seconds and say goodbye in 29. So you don’t want to put even a long-distance relationship with her on hold; you’re liable to get a busy signal or even be disconnected.

Not all the women of Ma Bell are operators. Many are supervisors or managers or communications technicians. Some are linepersons – a title they’re not entirely happy with, since “Wichita lineperson” has no ring to it at all. (The sight of a good-looking lineperson shinnying up a telephone pole, however, does give rise to new and unusual Freudian imagery. Think about it. 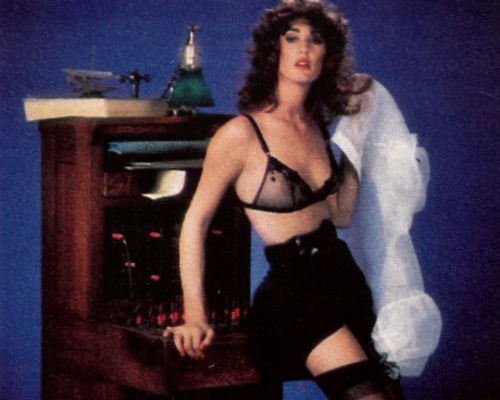 Above is a switch for the bored operator – a switchboard striptease by Santa Ana, California’s Laurie Page, who works for Pacific Telephone. Early operators all wore long black skirts and white blouses. Today, they have to move fast to handle 150 calls an hour, so dress is optional. Click the picture to see the other shots.

Before any of you gentleman callers gets to meet the girls, an introduction to the family is in order. Pa Bell, known to Ma as Alexander Graham (the 19th Century was a formal time), wrought the Bell Telephone Company in 1877, a year after he invented the apparatus itself. He was listed as the company’s “electrician.” A man who liked to sound jaunty and nautical, he would pick up the mouthpiece and say, “Ahoy,” which made a lot of callers think they were already talking on the transatlantic cable. 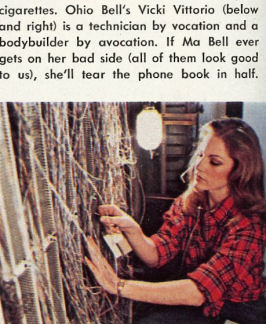 Bell’s baby boomed to become the American Telephone and Telegraph Company, the largest corporation in the world. Today, it employs more than 1,000,000 people and makes $11,000 a minute. It spins out enough copper wire every year to wrap around the world 2300 times. And it operates 138,000,000 phones. Twenty-five thousand of them are in the Pentagon (for a monthly bill of $725,000, even with discount). There are 12 cities in the country, including Washington, D.C., and Skokie, Illinois, with more phones than people.

Ma Bell kept wrapping the world with phone lines and feathering her bed with money until last January, when the Justice Department decided to reach out a crush someone. That someone was Ma. The Attorney General’s troops pulled the plug on two thirds of the company’s assets; soon AT&T will have to spin off all of its local operations into locally run companies. We have some suggestions: Southwestern Bell, for example, might become the independent Taco Bell. The Philadelphia phone company might become Liberty Bell, and all the phones at Disneyland might be run by Tinker Bell. But Ma is sure to get over what may be a wild Bell hiccup. In fact, if the divestiture turns out the way analysts think it will, most of her shareholders will be better off, probably considering themselves saved by the Bell.

Now that you’ve faced the family, greet the girls.

Meet Vicki Vittorio from Columbus, Ohio, for instance; she answers to the numbers 36-25-35. Vicki’s a communications technician who was amazed at all the equipment she had to work with when she went to work for Ohio Bell three years ago.

“The compexity of what’s involved in one circuit is amazing,” says Vicki. “I use meters to check on telephone circuits. I listen over my headset for the various kinds of signals that come over the circuits, and I’ve also done some wiring.”

Apparently, doing that for Bell really can be electrifying – now and then, an office joker will shout at Vicky, using one of those orange road-safety cones as a megaphone, or even touch a low-voltage wire to her. “That live wire won’t really hurt you,” she says, “but it can make you angry for a while.” 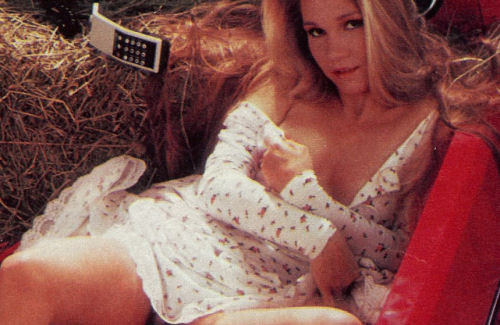 Ma doesn’t have to put on the red light for Roxanne Laube, a service representative who deals with customer complaints in Chicago. Roxanne’s the one who, among other things, gives the green light to trace long-winded obscene callers in the Windy City.

“I talk to crazies every day,” sighs Roxanne. “The only way to complain to the phone company is to talk to somebody like me. But one of the most fulfilling things I do is help trap the lines and resolve obscene-caller cases.”

As for filial affection on the part of Ma’s employees, Roxanne believes that “most employees are loyal, but I don’t know if I’d say they feel affection for the company.”

“Employees feel flattered and lucky to work for the phone company,” is the way Bridgeport, Connecticut, customer clerk Judy Perkins sees the situation. “But to tell the truth, I haven’t met anyone who feels true affection. I, for one, find it difficult to feel emotional toward any large corporation.”

Judy sells such services and products as extra lines and push-button phones for the Southern New England Telephone Company. “It’s tough to break in here; the company has a reputation for being good to workers and offering diversified opportunities. But there’s been a change since deregulation – employees feel real concern for the corporation and their place in it.”

Judy works in a small ofice staffed only by women. It’s not easy to get in touch with her at work, but here’s a hint: “I’d be especially charmed,” she says, “by a handwritten invitation to a romantic picnic lunch.” The box-lunch retailers of New England should be thrilled to hear that.

While AT&T is a publisher in it own right (it publishes 120,000,000 phone books a year, on almost a billion pounds of paper), it has yet to put out a directory with a centerfodl. So you might assume its employees would be a little daunted by stripping more than wires for Playboy. The ladies we talked with say anyone who thinks that is barking up the wrong pole.

“It’s been no problem,” Vicki Vittorrio tells us. “I think deep down, most women wonder what posing for Playboy would be like – they’d like to see themselves as sexy. As far as I’m concerened, it’s an honor to be selected.”

Vicki has a Seoul sister in Lana Crandal, a Pacific Northwest Bell reports clerk in Portland, Oregon, who is a native of South Korea’s capital. “It was just fun,” opines Lana, a free-lance graphics designer who admits she prefers her sideline to AT&T’s power lines. “It was a good experience. Now everyone’s looking at me in the office and I’m starting to hear stories all the time, but it doesn’t bother me – at least, not until the other girls start summing me up.” 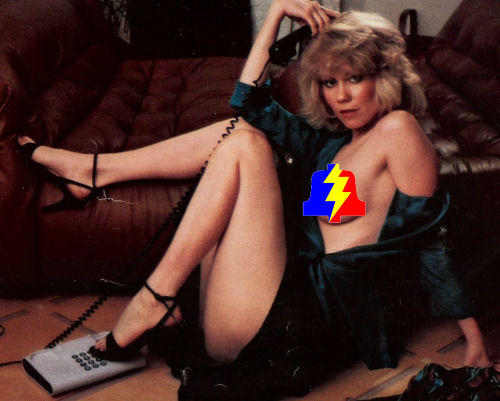 But leave it to Judy Perkins to express a Bell belle’s essential attitude toward this conference call between Ma Bell and Playboy: Being part of the business world, I sometimes feel stereotyped as a conservative office worker. Posing for Playboy gives me an opportunity to reveal other aspects of my well-rounded personality.”

We’ve called them as we’ve seen them. All in all, we think the women of Ma Bell would make Ma proud. They’re free of hangups. They have the best long lines in the field. And each of them has a voice sultry enough to keep a caller’s pockets packed with dimes. Whether or not they work at switchboards, these have to be the smoothest operators in the business.

2 thoughts on “PLAYBOY: The Girls of Ma Bell”