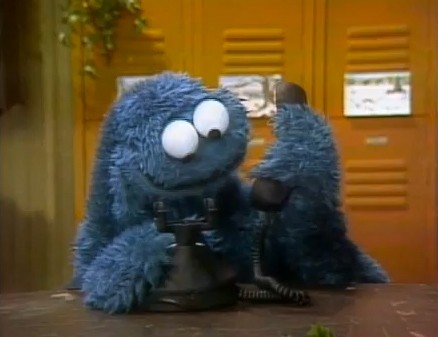 UPDATE #1: Have you joined PLA’s Facebook yet? Because you’re a stupid dumb newb if you haven’t. Sure we post updates on this website and on our Twitter, but most of the hardcore PLA action happens on the PLA Facebook. I just made the title of this update RED and BLINKING so this is obviously an important issue. GO JOIN THE PLA FACEBOOK!

UPDATE #2:
Are you going to Defcon with us? In just one month, the biggest PLA meetup in the history of the world (since our Jonbenet murder meetup) will be happening in Las Vegas and will include amazing people like RBCP, RogueClown, el_jefe, Jammie, Chris Ellerbeck’s mom, io, Laugh Track Matt, Rappy McRapperson and a lot of other people who are only of moderate importance so I won’t mention them because they’re newbs and don’t really matter.

Defcon 19 will be at the Rio Hotel in Las Vegas, from August 4th to August 7th. Admission is an outrageous $150 per person, so bring lots of badge counterfeiting supplies with you. A few of us aren’t even buying admission into Defcon since there will still be plenty to do on the outskirts of Defcon. And if you buy some of us enough beer, we might even loan our Defcon badge to you so you can get in for a bit. So don’t let the entrance fee deter you! Come to Defcon! Visit defcon.org for official Defcon information and visit PLA’s Defcon planning thread on the PLA forums to make plans with us.

UPDATE #3:
Okay, shit’s getting real now because I’m using the scroll tag AND the blink tag, so you know this part is important. Here it goes…PLA has their own Minecraft server now! That’s right, back in the day we were doing crazy illegal things with telephones and having epic adventures on the streets of Corpus Christi, but in 2011 we’re reduced to nothing but a bunch of nerds who play this thread in the PLA forums or just point your Minecraft client to 96.44.162.50:26026

UPDATE #4: Did you notice that The Phone Show didn’t happen last week? I mean, it sort of happened but it wasn’t done by ME so the dumb stuff that Aikison did in my absence is totally insignificant. There won’t be a Phone Show this week either. And maybe even none the following week. I might be able to squeeze one in before I leave for Defcon, but don’t expect a lot of Phone Show antics until after Defcon.

The good news is that there are at least 2 other shows that you can listen to on Cacti Radio during the week during my absence. Rob The Hyena does The Prank Show every Saturday night at 9pm Pacific and Staci Stack is still doing her Fun Show on Wednesday nights at 8pm Pacific. There are other shows that happen too, like Aikison and Badfish’s live show on Fridays at 9pm Pacific and Carlito’s Madhouse on Thursdays at 7pm Pacific which he hasn’t done in MONTHS NOW so I don’t know why I’m even posting it.

UPDATE #5 WHICH ISN’T REALLY AN UPDATE BUT A QUESTION: What do you think of the new design on phonelosers.org? Doesn’t the pea green background just make you want to throw up? And that pay phone menu over on the side? Have you ever even seen it? I never have because it takes 3 years to load, and I designed it! I bet it’s cool though. If you dial the standard Bell secret code into the keypad, a bunch of money is transferred to your PayPal. Try it! Let me know what you think about the design in the comments. Critique your hearts out and let me know how it could improve. And, oh yeah, GO JOIN THE PLA FACEBOOK!