This page is for people who make their own phreaking tools or projects to show off their work. The project can either be something useful or something completely pointless. As you can see, only projects in the “completely pointless” category apply so far. If you have something that you’d like to submit for this page, then do it.

The Pepsi Box – by El_Gordo_Uno

This is pretty much a phone in a can with attachable beige box and normal cord. It was made by El_Gordo_Uno who runs PLA Washington. He says the pepsi box was just a phone inside a pop can but classmates treated it like it was some sort of nuclear device capable of stealing from any phone it was around. “When I built my Pepsi Box and brought it to school my fellow phreakers and I were branded for life.” 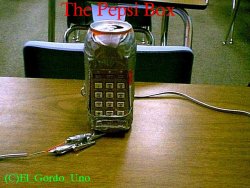 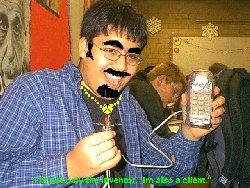 You might notice that the Pepsi Box is actually a Coke can. Well that’s because the name Coke Box was already taken and El_Gordo_Uno wanted to avoid any potential lawsuits from other phreaks. He also says that it was sort of shunned on the phonelosers.net board. “I remember frequent use of the word ‘idiot’ and ‘pointless’.”

The Ghetto 1200+ Red Box – by RedBoxChiliPepper

This is my (RBCP) red box from the early 90’s. My previous red box was either lost or stolen and I didn’t have money to spend on a new one. So I bought a tone dialer from Radio Shack, took the circuit board out of it, replaced the circuit board with a piece of wood and some glue and returned it for a full refund. That’s how hard up I was for $25. 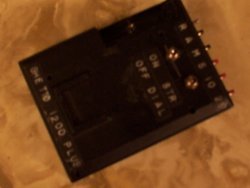 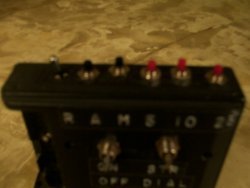 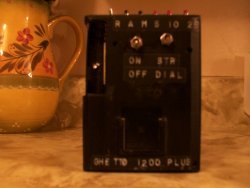 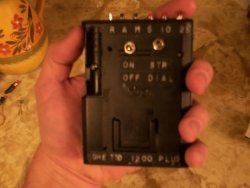 Orginally I wanted to make it sleek and inconspicuous. I failed. The casing is an old walkman and I used some buttons and toggle switches to control the whole thing. As ugly as it was, it worked perfectly and I used it for over a year. It caused a steady stream of “Oh my God!” and “Holy shit!” and “What the fuck!?!” whenever I showed it to people. I finally got rid of it when I decided it’d be nice to have a red box I could fit in my pocket instead of my backpack.