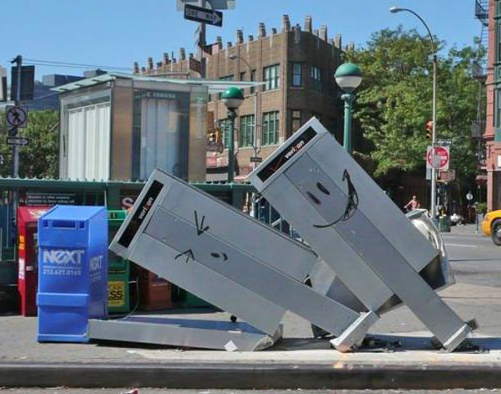 Thanks for the pic, cyko!

Defcon is a mere one week away! Are you going? You should be. Quit your jobs, drop out of school and dump your girlfriends so that nothing will stand in your way of making it to Defcon to hang out with some of us other Phone Losers. Move to Nevada permanently if that’s what it takes. If all goes well, you will be able to meet 3/4ths of the entire Cacti Radio DJ staff, including Rob The Hyena, RBCP and Laugh Track Matt! Rob says he’ll even be doing a special edition of The Prank Show on Saturday night. Other people who claim they’re going are Rappy McRapperson, Sudo, afreak, DBK, RogueClown, Jenn, blu3b0y, Jammie, ApprenticePhreak, i-ball, lmnk, Evie, gnnr, and a bunch of other people who have messaged me, but I can’t remember. This is going to be a fairly huge meetup, so be sure to track us all down and say hello.

Defcon 19 will be at the Rio Hotel in Las Vegas, from August 4th to August 7th. Admission is an outrageous $150 per person, so bring lots of badge counterfeiting supplies with you. A few of us aren’t even buying admission into Defcon since there will still be plenty to do on the outskirts of Defcon. And if you buy some of us enough beer, we might even loan our Defcon badge to you so you can get in for a bit. So don’t let the entrance fee deter you! Come to Defcon! Visit PLA’s Defcon planning thread on the PLA forums to make plans with us.

During this week’s Phone Show, r0xy called in and asked for some donations to help her make it to Defcon this year. Surprisingly, a lot of people took her seriously and sent in some very generous donations to help her make it and it looks like she’ll actually make it. A ton of thanks goes out to everyone who is helping to make this happen, including Tombstone, Spacebison, Trevor Burdick, pfelon, Richard H., Rob The Hyena, podjackel and, of course, ME! She hasn’t quite met her goal to make it from Texas to Vegas, though. If you’d like to help out, send anything you can to rbcp@phonelosers.org and I’ll forward it to r0xy. If r0xy happens to not make it to Vegas, all money will be refunded. But at this point, it’s looking likely that she’ll make it, so thanks a ton everyone!

FOLLOW US ON TWITTER! Following us on Twitter will help ensure that you can effectively stalk the PLA while you’re at Defcon. RBCP’s twitter will likely be updated often, just as it has been at previous Defcons in recent years. You can keep an eye on PLA’s twitter, but that probably won’t be updated at all. You might also try following Jenn, Jammie, RogueClown, afreak and i-ball. I guess we could all hashtag #phonelosers too, but I’ll probably be too drunk to remember to do that. I’m sure I’ve forgotten people, so if you’re the type likely to be getting thrown out with us, then post your Twitter link in the comments below!

Oh, and one last thing…bring your PLA book with you! Trevelyn had the amazing idea of turning his copy of the PLA book into sort of a yearbook, having all of his PLA colleagues sign it. This is pretty much the best idea ever, and we should all steal it. I’ve already had my personal copy signed by a couple of people and I’m looking forward to having it signed by a lot more.

Holy shit, only one week! See you all there!
RBCP