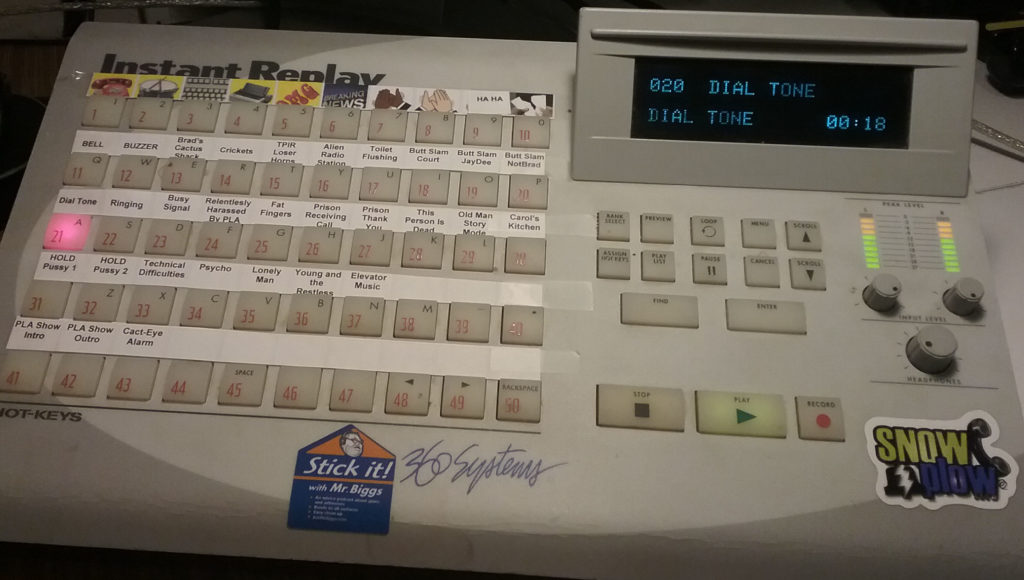 This is my page dedicated to 360 Systems’ Instant Replay soundboard. Last week I wrote a tutorial on please contact me. 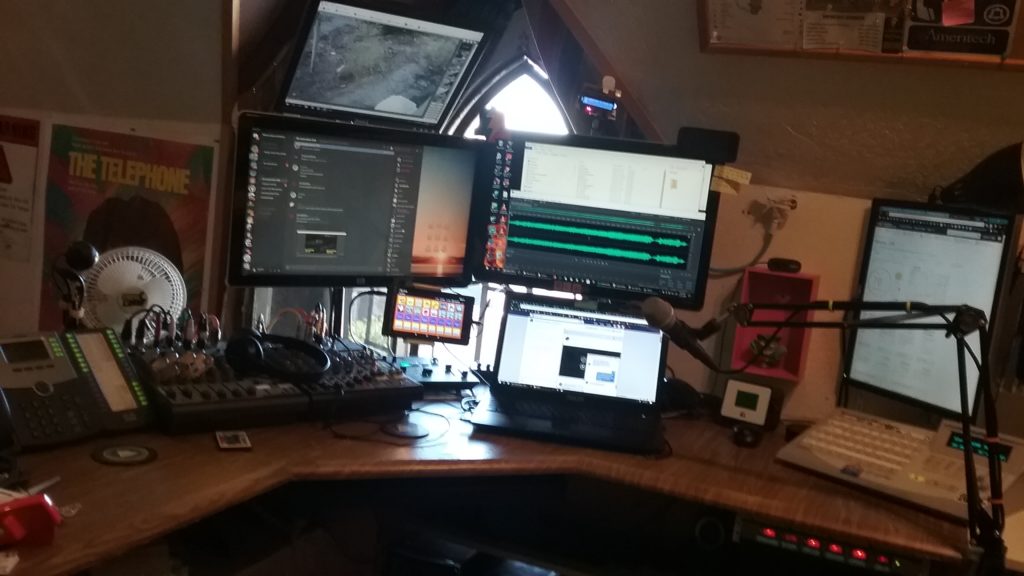 I use my 360 primarily as a sound effects board when doing my various live shows and podcasts. I’ll put some more information on this page soon, but for now, here are some additional photos of the circuit board and other photos of the machine.Below is a picture of the 360 with the hard drive removed. There are several models of these machines. Mine is DR552-16. 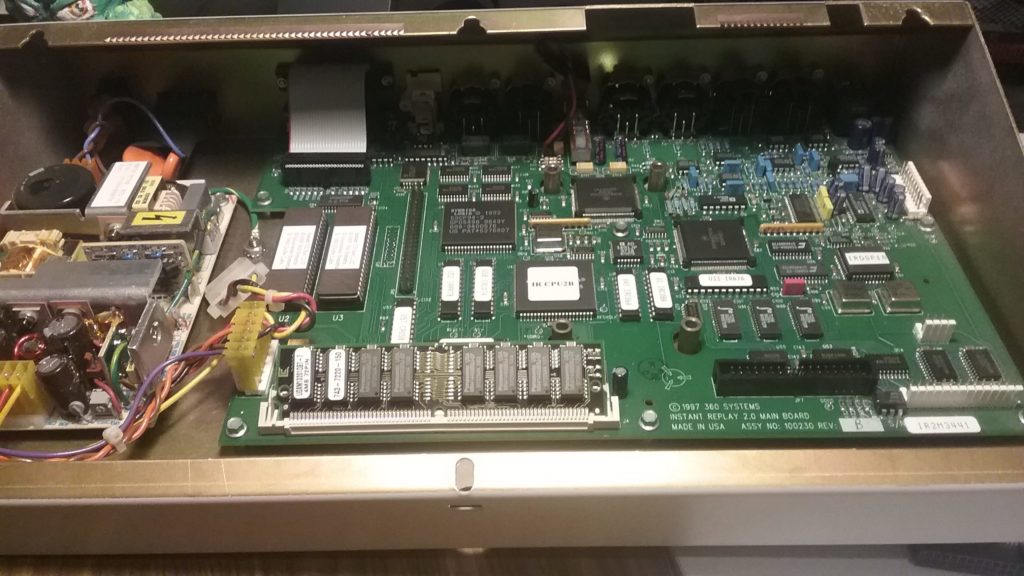 Next is a slightly closer photo of the circuit board. Those two chips labeled U2 and U3 are the system’s operating system. It’s weird that the white labels on each chip are identical. You’d think they’d be labeled so you know which one goes into U2 and U3, but they’re the same. 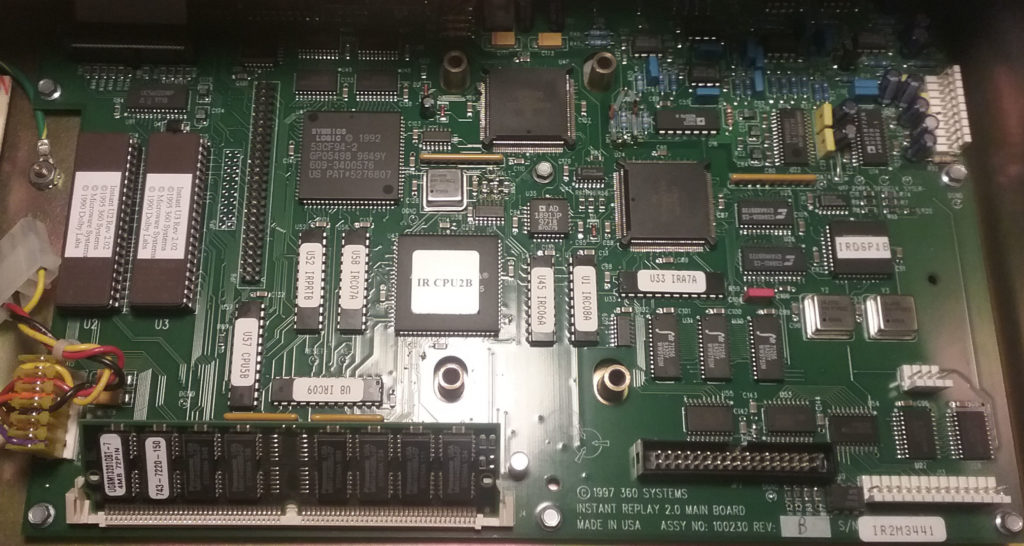 Here’s a closeup of part of the top’s underside, which is mostly disconnected from the 360. Sorry boys, she’s married. 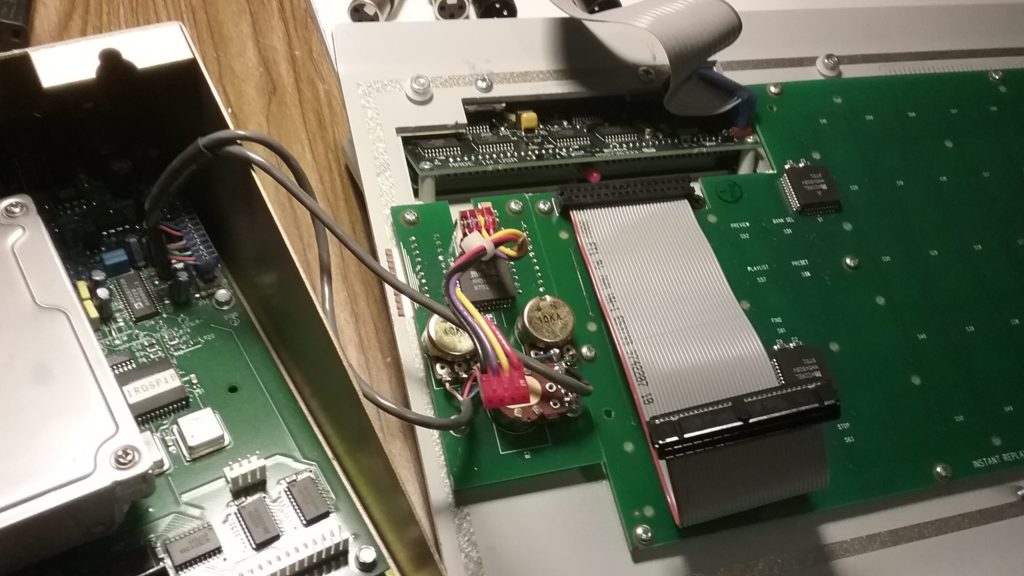 I love how homebrew this all looks. I feel like this was made in the garage of Steve Wozniak’s next door neighbor. Who labels all their chips like that? 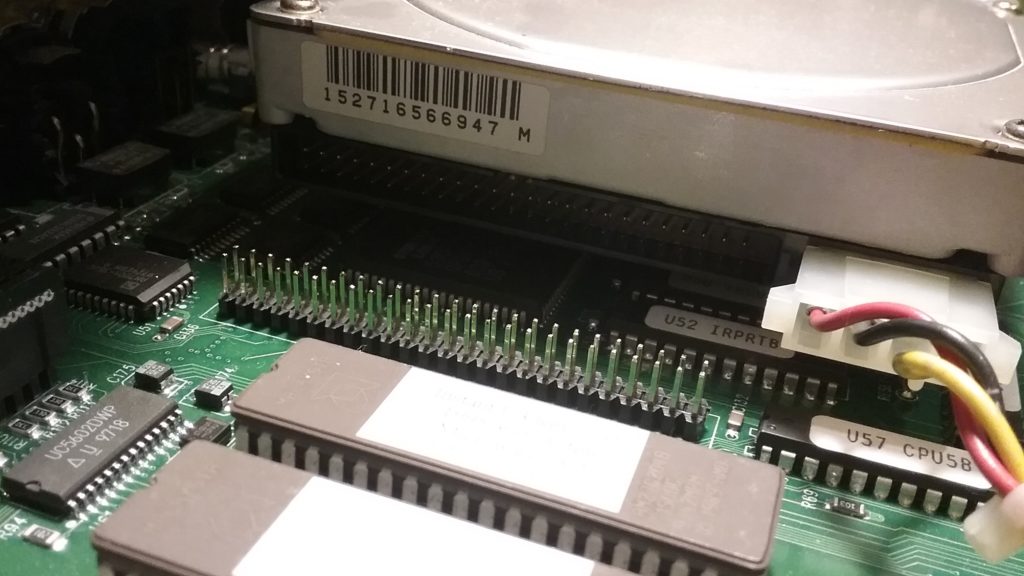 Here’s a shot with the old hard drive still in the machine.The screws to remove it are UNDER the machine, so when you remove it, it falls to its death. 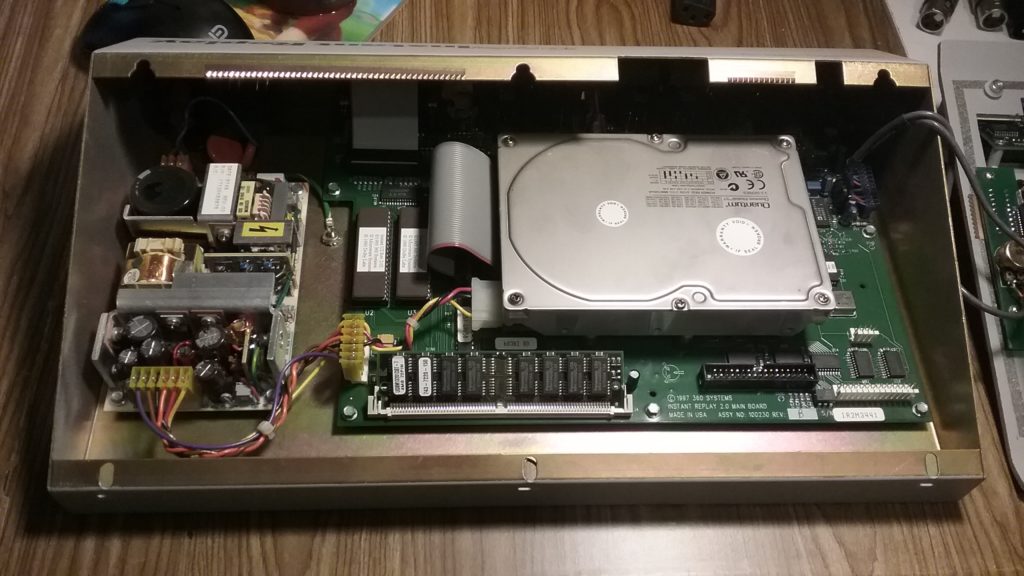 Here’s the back of the machine.

A closeup of my temporary labels for the buttons. I plan to turn most of them into pictures soon. 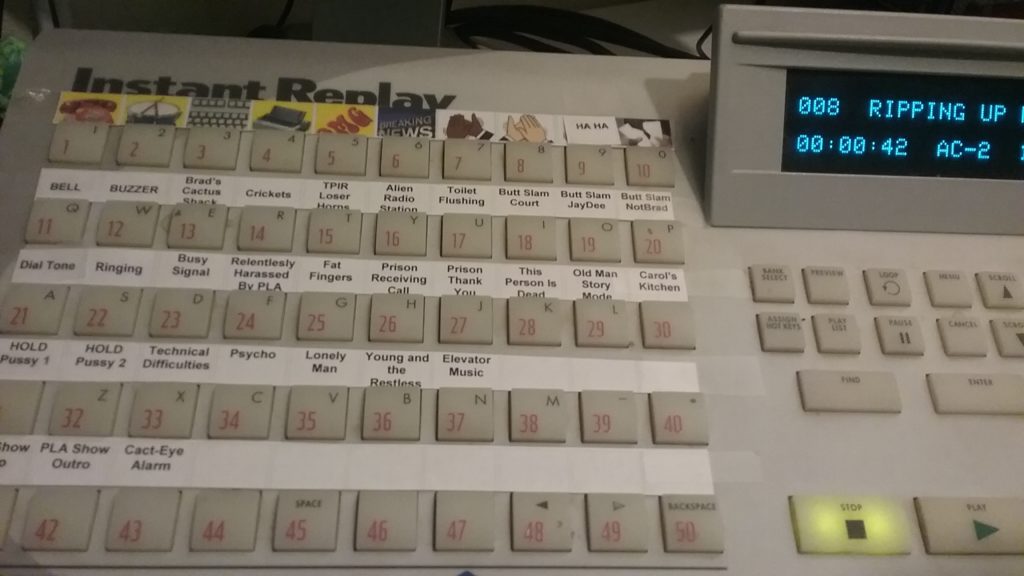 That’s it for now. Maybe one of these years I’ll use something better than my $60 prepaid phone camera to take photos with. Here’s a video of the SD card modification I made on it.