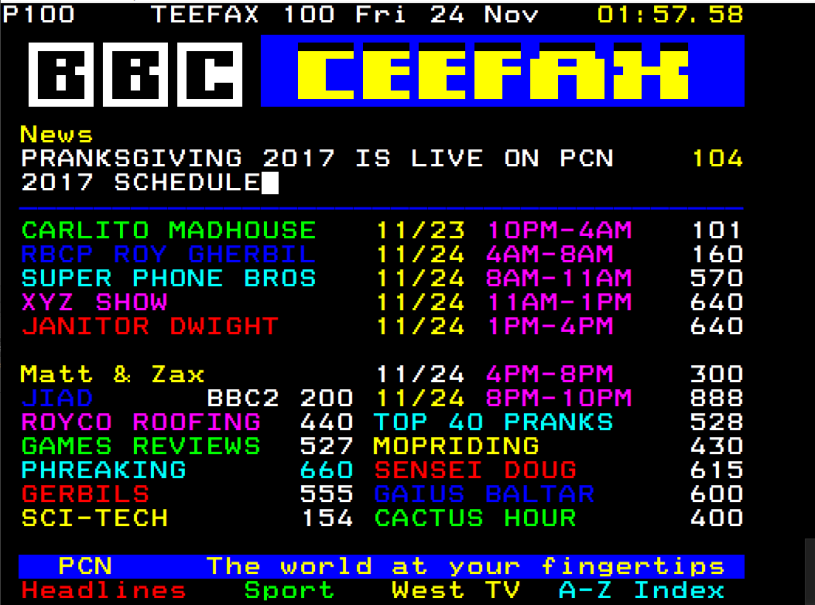 FOD87 brings you my 4 hour shift of this year’s Pranksgiving 24-hour live prank show marathon.  This is the live show I did on Thanksgiving night from 1am until 5am.  It’s mostly unedited and includes all of the music that was played.  I’m too lazy right now to list any of the songs.

Thanks to all the prank shows that participated this year, like Madhouse Live, Super Phone Bros, The XYZ Show, Mop Riding With Dwight, Partytime and The Art of Jiad Larking.  Also, thanks to Prank Call Nation and all of the listeners that made it fun.

3 thoughts on “Episode 416 – Pranksgiving All Night”